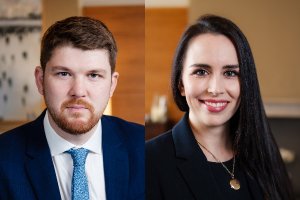 The Administrative Court has refused permission to apply for judicial review to a disappointed applicant to Downing College, Cambridge concerning the decision not to offer him a place.

The Claimant applied to study Land Economy at Downing College in the academic year 2020-2021. Following the College’s refusal decision, he sought entry to the University by way of a challenge to the decision of the Undergraduate Admissions Complaints Panel (which operates under the auspices of the Defendant) which he had asked to consider a complaint he made against the College’s rejection decision. The Panel’s remit was to consider whether Downing College had made a ‘serious procedural error’.

The Claimant’s claim centred on an email which the College was said to have received but not taken into account in rejecting the Claimant. It was not in dispute that the putative email contained the fact that the Claimant was to re-sit to A-level exams. It was disputed that the email was ever received, and there was an issue as to whether it contained ‘updated A-level predictions’.

At an oral renewal hearing, the Administrative Court refused the Claimant permission on all grounds on the basis that the Panel had been entitled to find that Downing had made no ‘serious procedural error’. The Court found, as it did so, that there was “no doubt” that the Panel’s decisions had been “conscientious, expert and reasonable”. The judge did not need to determine the issue of whether decisions of the Panel, or university admissions decisions generally, are susceptible to judicial review, which is left for future challenges.

Imogen Proud acted for the Office of Intercollegiate Services