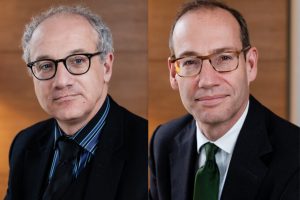 The General Court (‘GC’) of the European Union has confirmed the Commission’s Decision that certain patent settlement agreements may be restrictive of competition by object but has upheld in part certain aspects of the appeals against the Decision, including Servier’s appeal in relation to a finding of an abuse of a dominant position in relation to the ACE inhibitor drug perindopril.

The Servier group developed perindopril, an angiotensin converting enzyme (‘ACE’) inhibitor drug, intended primarily for the treatment of hypertension and heart failure. The perindopril compound patent, filed with the European Patent Office (EPO) in 1981, expired in various EU Member States over the course of the 2000s.

The active pharmaceutical ingredient of perindopril takes the form of a salt, erbumine. A new patent relating to erbumine and its manufacturing processes was filed with the EPO by Servier in 2001 and granted in 2004. This was the ‘947 patent.

Following disputes in which the validity of that patent was challenged, Servier entered into various settlement agreements with a number of generic companies, namely Niche, Unichem (Niche’s parent company), Matrix (now Mylan Laboratories), Teva, Krka and Lupin, by which each of those companies was to refrain, in particular, from entering the market or challenging that patent. A subsidiary of Servier, Biogaran, a wholly-owned subsidiary of Servier SAS, also entered into a licence and supply agreement with Niche.

On 9 July 2014, the Commission adopted the Decision in which it found that the contested agreements constituted restrictions of competition by object and by effect. It also found that Servier had implemented, in particular by those agreements, an exclusionary strategy which constituted an abuse of a dominant position.

The GC has upheld the Commission’s reasoning according to which, when an originator company, the proprietor of a patent, grants a generic company advantages inducing it to refrain from entering the market or challenging the originator company’s patent, the agreement at issue, even if presented as a settlement agreement, must then be considered a market exclusion agreement. In such circumstances it is the inducement, and not the recognition by the parties to the settlement of the validity of the patent, which is the real reason for the restrictions on competition introduced by the agreement.

The GC confirms that the agreements that Servier concluded with Niche, Unichem, Matrix, Teva and Lupin, in which the diverse and complex nature of the arrangements for granting the inducive benefit may be observed, constituted market exclusion agreements restrictive of competition by object. It also confirms that the agreement concluded between Niche and Biogaran sought to grant an additional advantage to Niche so that it would conclude the settlement agreement with Servier.

Having regard to the links between that agreement and the agreement concluded by Servier with Niche and Unichem, the GC considered however that the Commission ought to have applied a further reduction of the penalty to Servier in addition to the reduction it had already applied in relation to the agreements as a whole on account of overlaps between the infringements.

As regards the agreements between Servier and Krka, the GC has held, first, that the existence of an inducement by Servier in exchange for Krka’s withdrawal from the market was not established on the facts. In particular, the GC rejects the Commission’s finding that the royalty which Krka had to pay to Servier in the context of a licence agreement relating to the 947 patent was not concluded at arm’s length. Consequently, the General Court concludes that there was no restriction of competition by object in that regard. Secondly, the General Court finds that it was not established that, in the absence of agreements, Krka would probably have entered the markets in question at risk and that Krka’s continuation of the proceedings against the 947 patent would probably, or even plausibly, have allowed a faster or more complete invalidation of the patent. Accordingly, the General Court also concludes that there was no restriction of competition by effect in that regard and the fines imposed on Servier and Krka in respect of that agreement should be annulled.

As regards the abuse of a dominant position, the Commission found in the Decision that the relevant finished product market was limited to a single molecule within the ACE inhibitor class, namely perindopril, in its originator and generic versions.

The GC however considered that the Commission failed to show that the finished products market was limited to the perindropil molecule alone, when the latter could be exposed to non-price competitive pressures from other medicines of the same therapeutic class. Accordingly the Commission had not established that Servier enjoyed a dominant position on the relevant market.

George Peretz QC was instructed in case T-679/14 as the Commission’s advocate on the appeal by Teva.

Ben Rayment was instructed in case T-680/14 as the Commission’s advocate on the appeal by Lupin.