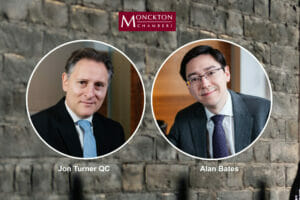 On 30 March 2022, in the most recent judgment in the long-running “Air Cargo” damages litigation, the European General Court upheld, in part, British Airways’ appeal and partly annulled the Commission’s 2017 decision. This resulted in a near 20% cut in the airline’s €104 million fine for the airline.

In 2010, after the Commission found a group of airlines guilty of price fixing for air cargo services, a large number of damages claims by air cargo shippers were brought together against British Airways. Since that time Jon has been retained as the lead counsel for British Airways, which brought in a group of other airlines as contribution defendants. The long-running damages litigation came to an end in 2019, but an arm of the litigation involved appeals against the European Commission’s infringement decision in the European courts.

This most recent judgment upheld one of British Airways’ grounds of appeal and annuls the Commission decision in part, in so far as it finds that they participated in the element of the infringement relating to the refusal to pay commission on the surcharges.

George Peretz QC acted for the European Commission in both the LAN Chile:LATAM and Air Canada appeals.