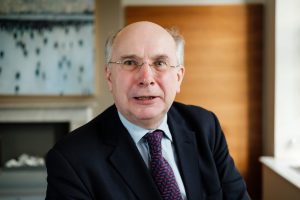 The Grand Chamber of the European Court of Human Rights has decided in Slovenia v. Croatia, no. 54155/16 that it does not have jurisdiction hear an inter-State application concerning the alleged violation of the rights of legal entity that is not a “non-governmental organisation”.

The case concerned unpaid and overdue debts owed to Ljubljana Bank by various Croatian companies on the basis of loans granted at the time of the former Yugoslavia.

The Court pointed out that, although the only reasons for which an inter-State application could be rejected at the admissibility stage on the basis of Article 35 (admissibility conditions) were the non-exhaustion of domestic remedies and the failure to comply with the six-month time-limit, it was entitled to reject an inter-State application without declaring it admissible if it was clear from the outset that it was wholly unsubstantiated, or otherwise lacking the requirements of a genuine allegation within the meaning of Article 33 of the Convention. Furthermore, emphasising the specific nature of the Convention as an instrument for the effective protection of human rights, the Court observed that, even in an inter-State case, it was always the individual who was directly or indirectly harmed and primarily “injured” by a violation of the Convention. In other words, only individuals, groups of individuals and legal entities which qualified as “non-governmental organisations” could be bearers of Convention rights and not a Contracting State or any legal entity which had to be regarded as a governmental organisation. The Court thus concluded that Article 33 of the Convention did not allow it to examine an inter-State application seeking to protect the rights of a legal entity which did not qualify as a “non-governmental organisation” and therefore would not be entitled to lodge an individual application under Article 34. In the present case, the Court saw no reason to depart from its findings in Ljubljanska Banka D.D. v. Croatia (dec.), no. 29003/07, 12 May 2015 to the effect that Ljubljana Bank did not enjoy sufficient institutional and operational independence from the State and could not therefore be regarded as a “non-governmental organisation” within the meaning of Article 34. Accordingly, Article 33 did not empower the Court to examine an inter-State application alleging a violation of any Convention right in respect of this legal entity.

Croatia was represented before the Grand Chamber by Jeremy McBride.