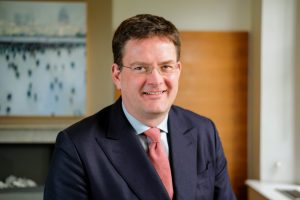 On 5 May 2020 the High Court of Isle of Man handed down its judgment in White v Fozard, a long running dispute arising out of a partnership formed in 2005 between a Manx businessman and two US and Canadian consultants who worked with a leading manufacturer of graphic processors. After initial success, the partnership broke down in late 2007 and the Manx businessman went on to develop Channel One International, a highly successful US and Canadian based designer and supplier of safety critical software and hardware for the civil and defence aviation industries.

In 2013 proceedings were commenced by one of the consultants against both the Manx businessman and his business, seeking a substantial share in Channel One International and various accounts and inquiries, both in Florida and the Isle of Man. The claim was founded on the belief that the business had arisen from the partnership and had been improperly misappropriated by the businessman. Having first resisted parallel proceedings in Florida, the litigation was fought in the Isle of Man and raised complex issue of partnership and trust law.

After a trial of the action in February 2020, the high value claim was dismissed in its entirety by the High Court. William Buck, instructed by Simcocks Advocates, acted for the successful businessman throughout the litigation and appeared at the trial as a Manx advocate under temporary license.