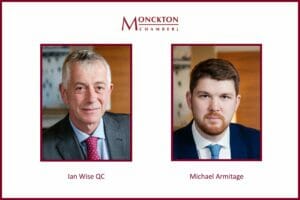 On 20 December 2021, the Court of Appeal (Dame Victoria Sharp P giving the judgment of the Court) held that certain parts of the College of Policing’s ‘Hate Crime Operational Guidance’ (“HCOG”) were contrary to Article 10 of the European Convention on Human Rights (“ECHR”).

The policy in question was that non-crime hate incidents were required to be recorded by police as such (against the named person allegedly responsible)  if the incident is subjectively perceived by the “victim or any other person to be motivated by a hostility or prejudice against a person who is transgender or perceived to be transgender” and irrespective of any evidence of the “hate” element.

The High Court had previously granted the application of the appellant, Mr Harry Miller, for judicial review of the Chief Constable of Humberside’s recording of a non-crime hate incident (in respect of Mr Miller) under the HCOG, and the subsequent actions taken in relation to him by officers, including seeking to prevail on Mr Miller not to continue tweeting about proposed reforms to the Gender Recognition Act 2004. The High Court granted Mr Miller a declaration that certain actions by officers interfered with Mr Miller’s right to freedom of expression under Article 10(1) ECHR. See news post 14 February 2020.

You can read the full judgment here and detailed case note by Imogen Proud is here.

The case has received significant media interest, including: The Times; The Telegraph; The Guardian; BBC; The Spectator.