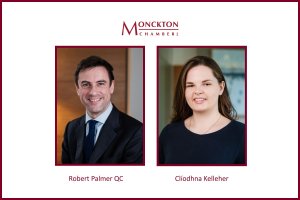 The Independent Monitoring Authority for the Citizens’ Rights Agreements (“IMA”) has been granted permission to apply for judicial review of the domestic implementation of the UK’s commitments to EU and EEA citizens in the UK-EU Withdrawal Agreement and UK-EEA EFTA Separation Agreement.

The IMA contends that the EU Settlement Scheme breaches the commitments entered into by the UK by requiring EU and EEA citizens who have been granted Pre-Settled Status to apply for Settled Status or for further Pre-Settled Status before their current Pre-Settled Status expires, failing which they will automatically be considered unlawfully present in the UK with attendant consequences for their right to live and work in the UK.

Granting permission for the challenge to proceed to a full hearing in the Autumn, Mr Justice Saini described the challenge as “plainly arguable”, and noted that there was also a real issue as to the potential application of EU law in the interpretation of the Withdrawal Agreement. He noted that resolution of the issues is matter of public interest given the potentially large numbers of those with Pre-Settled Status (2.4 million people).

The IMA is the independent body set up pursuant to the Agreements to receive complaints, conduct inquiries and bring legal action on behalf of EU/EEA citizens and their family members under the Agreements.

The IMA’s statement and link to the permission decision is here.

Robert Palmer QC and Clíodhna Kelleher are instructed by the IMA in this case.

The case is being reported in the media: Independent.