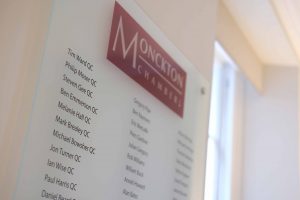 The High Court has today handed down judgment in R (Heathrow Hub Ltd) v Secretary of State for Transport [2019] EWHC 1069 (Admin). Heathrow Hub Ltd had challenged the Government’s decision to adopt a National Policy Statement favouring the expansion of Heathrow by way of a new runway to the north-west of the existing ones, as had been proposed by its owners and operators Heathrow Airport Ltd (HAL). The Claimants had promoted an alternative scheme to which they owned the intellectual property rights, involving an extension of the current northern runway so that it could effectively operate as two separate runways.

The Claimants alleged that the Secretary of State had breached EU law by insisting (prior to the decision on which scheme to prefer) that HAL must provide a guarantee or assurance that it would implement the Claimants’ scheme if that scheme were selected by the Government as its preferred scheme for airport expansion, and making the provision of that guarantee or assurance an effective pre-condition to the selection of the ENR Scheme. The alleged pre-condition was said to be unlawful as a matter of EU law insofar as it breached articles 106(1) and 102 of the Treaty on the Functioning of the European Union (“TFEU”), as it facilitated an abuse or potential abuse of dominance by HAL. The Claimants also argued that the decision had been made in breach of their legitimate expectation that no such assurance would be taken into account, and that it should be quashed on the grounds that the reasons provided for the decision were inadequate.

A Divisional Court composed of three judges (Hickinbottom LJ, Holgate J and Marcus Smith J) rejected the claim in its entirety. On the competition law complaint under articles 106(1) and 102 TFEU, the Court found that the matters complained of had played no material part in the decision to prefer the north-west runway scheme over the Claimants’ scheme, and that it was impossible to see how any abuse of a dominant position could arise on the part of HAL, or how the State Measure complained of could in any way have enabled the abuse. Nor in any event had the preference decision in any way influenced the structure of the market or had the effect of weakening competition. The Court further found that the Claimants had enjoyed no legitimate expectation of the kind asserted, and upheld the adequacy of the reasons given for the decision.

Four other applications for judicial review challenging the Secretary of State’s decision, brought by various local authorities, Transport for London, Greenpeace and Friends of the Earth (among others) were also dismissed. The judgment in those claims is here.