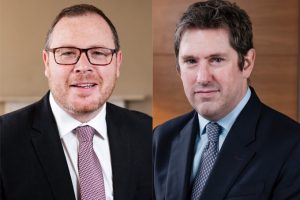 The CJEU is today hearing a dispute between Google and the French data protection agency, the Commission Nationale de l’Informatique et des Libertés (CNIL), concerning global enforcement of the CJEU’s landmark 2014 “right to be forgotten” ruling (Google Spain v Gonzalez et al), which requires Google and other search providers to suppress certain search results about EU citizens, if the search is carried out in an EU country.

The CNIL, supported by the French Government, argues that the right should be applied globally, thereby requiring search engines to delete relevant search results on all of their worldwide domains, including their web domains in countries outside the EU. Google, supported by Microsoft, Wikimedia and others, argues that the right to have search results removed should apply only to the state of residence of the person concerned, and not across the whole EU, nor the entire World. The hearing has come about after France’s highest administrative court, the Conseil d’État, referred the dispute to the CJEU.

Free speech and information campaigners who intervened in the national proceedings are also appearing in the CJEU to support Google’s argument that extending the ruling globally would effectively grant European regulators the power to control the world’s internet and would set a global precedent for censorship, including for authoritarian regimes seeking to exert control over information published on the internet.

Gerry Facenna QC and Eric Metcalfe are acting for eight intervening NGOs who argue that the “right to be forgotten” should be limited so as to accord appropriate respect to freedom of expression. They are: (1) ARTICLE 19; (2) Human Rights Watch ; (3) Electronic Frontier Foundation ; (4) Open Net Korea ; (5) Derechos Digitales ; (6) La Clinique d’intérêt public et de politique d’Internet du Canada; (7) Pen International and (8) le Centre for Democracy and Technology.

The case has received wide news coverage, including: The New York Times,  Financial Times, The Register, The Guardian, Sky News.