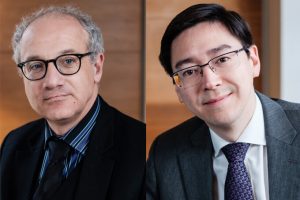 Bank Payroll Tax was a tax paid by banks on non-contractual bonuses paid to their employees during the period that the tax applied. Credit Suisse argued that, because the tax took effect from December 2009 and ceased to have effect in April 2010, there was a State aid to banks that generally paid their bonuses at other times of the year. It further argued that, if it was right about that, it was entitled to damages including all the Bank Payroll Tax that it had paid (an amount of over £200 million) as well as other alleged losses.

Dismissing the claim, Falk J held that there was no State aid. Banks that paid bonuses during the period of application of the tax were not in a legally or factually comparable situation to that of banks who paid bonuses at other times of the year: the tax was intended to operate only during a short period, pending the coming into force of regulatory measures designed to reduce the risk of bank failures. There was therefore no element of selectivity and hence no State aid. The Judge also noted that Credit Suisse had failed to adduce any evidence as to the effect of the measure on competition or effect on trade.

The Judge also held that, even if she had been wrong about the existence of State aid, any breach of the State aid rules would not have been manifest or serious, and therefore would not have given rise to a claim for damages: moreover, Credit Suisse was not entitled under the State aid rules to claim as damages the amount paid by it in tax. She did not need to decide a further defence by HMRC based on a statutory time-bar.