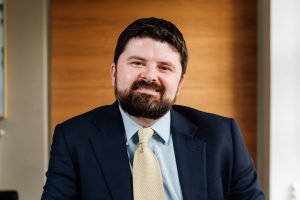 In the first case of its kind, the Western Sahara Campaign UK (“WSCUK”) has brought a legal challenge to the domestic implementation of the UK’s new post-Brexit trade arrangements with Morocco, set out in the UK-Morocco Association Agreement.

The UK-Morocco agreement is controversial in that it purports to apply to products and resources from Western Sahara, over which Morocco claims territorial sovereignty, despite the International Court of Justice having ruled no ties of sovereignty exist.

WSCUK contends that the provisions of the agreement which purport to extend to Western Saharan resources are contrary to the principle of self-determination and treaty law prohibiting the imposition of obligations on a third party to a bilateral treaty. WSCUK contends that the provisions which purport to apply to Western Sahara must be read down or treated as of no legal effect. WSCUK’s case is that domestic implementing legislation giving effect to the UK-Morocco Association Agreement misconstrues the relevant treaty provisions and is therefore ultra vires the Taxation (Cross-border Trade) Act 2018.

This is the first occasion on which the domestic courts have been called upon to interpret one of the UK’s new post-Brexit trade agreements and rule on the legality of the domestic implementation of that agreement by reference to principles of international law.

Conor McCarthy has been instructed by Leigh Day for the Claimant in this case.