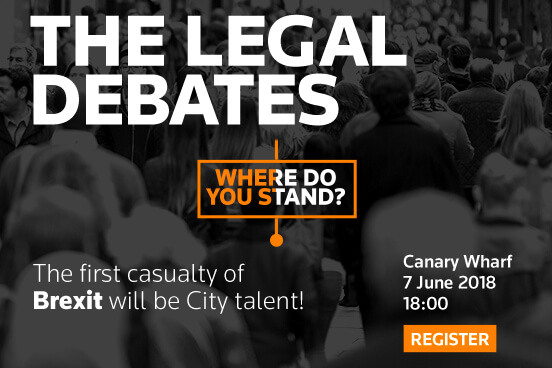 Anneli Howard is one of the four “heavyweights from law and politics” brought together on Thursday 7th June, for a contentious debate on Brexit and the future of the City’s talent.  The debaters argued the motion “The first casualty of Brexit will be City talent!”

Arguing FOR the motion:

Arguing AGAINST the motion:

The debate was chaired by Axel Threlfall, Editor at Large, Reuters.

The Legal Debates are a series of evening events for key partners of Thomson Reuters and key customers of legal solutions.

View highlights of the Thomson Reuters Legal debate ‘The first casualty of Brexit will be City talent” featuring Anneli Howard.

View the whole debate. Read the summary of the debate.