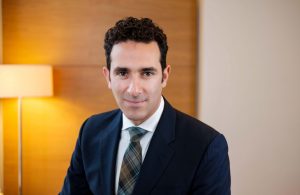 On a day of important judgements, the EU General Court delivered another one in the first of three appeals concerning the manipulation of the “Euribor” inter-bank lending rate. Back in 2007, HSBC had colluded with a number of other banks to fix the Euribor – a benchmark rate on which the prices of high-value financial products know as “Euro Interest Rate Derivatives” are based. The European Commission found that this scheme, together with a number of related exchanges of confidential information, constituted a breach of European competition law, and issued multi-million Euro fines against the banks concerned. Whilst a number of the banks settled with the Commission, HSBC and two others (Credit Agricole and JPMorgan) appealed to the General Court.

HSBC’s appeal was the first to be heard and, in an important judgment issued yesterday (24 September), the Court dismissed the appeal on liability. Upholding the Commission’s decision, the Court found that HSBC’s conduct had as its purpose the restriction of competition so as to constitute an “object” infringement of Article 101 of the Treaty. The Court also dismissed HSBC’s argument that the Commission had adopted an unfair procedure. Finally the Court found that, in imposing a fine of 34 million Euros of HSBC, the Commission had failed to provide a sufficient explanation of its calculations. It therefore annulled the fine for insufficient reasoning. It will now be for the Commission to decide whether to readopt the fine, having regard to the Court’s judgment.

Ben Lask acted for the European Commission before the General Court. A link to the judgment is here.