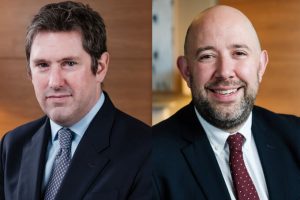 The Upper Tribunal has held that regulations under the Equality Act 2010 excluding children who have a ‘tendency to physical abuse’ from the protection of the Act give rise to unlawful discrimination under Article 14 ECHR insofar as they apply to children with impairments which give rise to an enhanced risk of physical aggression.

Judge Rowley held that in accordance with section 3 of the Human Rights Act 1998, regulation 4(1)(c) of the Equality Act 2010 (Disability) Regulations 2010 ‘does not apply to children in education who have a recognised condition that is more likely to result in a tendency to physical abuse’ (para 98).

The appeal concerned L, a child with autism who was excluded from his primary school. L’s parents appealed to the First-tier Tribunal (FtT) alleging disability discrimination by the school. However the FtT held that L’s behaviour had amounted to a ‘tendency to physical abuse’ such that in relation to this behaviour he was not ‘disabled’ for the purposes of the Equality Act 2010. This meant that the school did not have to justify the decision to exclude L.

The Upper Tribunal allowed L’s parents’ appeal on the basis that the FtT erred in applying regulation 4(1)(c) to L and treating him as not ‘disabled’. This was because applying the regulation to children with an impairment which is more likely to result in physical aggression gave rise to unlawful discrimination contrary to Article 14 ECHR, read with the right to education in Article 2 of the First Protocol (A2P1).

The appeal was defended by the Secretary of State, who accepted that the issue was within the ‘scope or ambit’ of A2P1 and that L had a relevant ‘status’. The Secretary of State argued (1) that children such as L were not in an analogous position to other ‘disabled’ children who did not display a ‘tendency to physical abuse’ and (2) that in any event the differential impact of the regulations on children such as L was justified. Both these submissions were rejected by the Upper Tribunal. In particular Judge Rowley found that the application of regulation 4(1)(c) to children such as L did not strike a ‘fair balance’ and was therefore disproportionate. Judge Rowley held that ‘the requirement for the protection of the status group’s fundamental rights comprehensively outweigh the arguments put forward for the protection of the interests of others’ (para 89).

L’s parents were represented in the appeal by Steve Broach and Eric Metcalfe, instructed by Polly Sweeney at Irwin Mitchell solicitors.