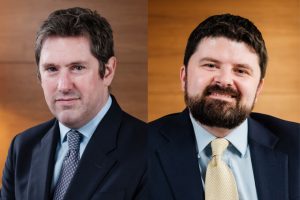 The Grand Chamber of the European Court of Human Rights has handed down a landmark judgment on the compatibility of bulk surveillance regimes with the ECHR.

In the joined cases of Big Brother Watch, 10 Human Rights NGOs and Bureau of Investigative Journalism v United Kingdom the Court held that the former UK bulk interception regime in the Regulation of Investigatory Powers Act 2000 was incompatible with Articles 8 and 10 of the European Convention on Human Rights. The Court found that the regime was incompatible with the right to privacy more generally and specifically as regards the right of journalists to the protection of journalistically confidential information.

The Grand Chamber’s judgment marks a significant evolution of the court’s case law on these issues and has potential implications for the UK’s current surveillance legislation, the Investigatory Powers Act 2016.

The Court held that while it is, in principle, within a state’s margin of discretion to operate a bulk surveillance regime, it must have detailed and effective safeguards to ensure that any interference with Convention rights is necessary and proportionate.  The safeguards must be “end- to-end”, covering the entire process from the interception of information through to its destruction. The Court laid down detailed new guidance as to what these safeguards must entail, including as regards judicial or independent authorisation and supervision of the surveillance process. The Court found that the Regulation of Investigatory Powers Act 2000 did not provide for adequate safeguards and was therefore incompatible with the Convention.

As regards journalistically confidential information and the right to source-protection, the Court said that specific additional protections are required.  The Court held that judicial or independent authorisation is required prior to the use of selectors or search terms which would make the obtaining of confidential journalistic material highly probable. The use of such search terms could only be “justified by an overriding requirement in the public interest”. Where journalistic material is obtained inadvertently, the continued storage and examination of such material is only permissible where approved by a judge or independent body on grounds of overriding public interest. As the UK regime lacked these safeguards the Court found that it was inconsistent with Articles 8 and 10 ECHR.

Conor McCarthy was instructed by the Bureau of Investigative Journalism before the Chamber and Grand Chamber.

Eric Metcalfe was instructed by Liberty, the ACLU and 5 other international human rights groups before the Chamber and by ARTICLE 19 as third party intervener before the Grand Chamber.