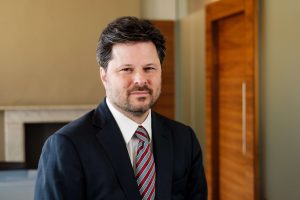 The International Arbitration Centre (IAC) in Astana, Kazakhstan, began its operations on 1 January 2018 to provide an independent, economical and expeditious alternative to court litigation, operating to the highest international standards to resolve civil and commercial disputes in the Astana International Financial Centre (AIFC).

The IAC currently has a panel of 24 independent, highly qualified international arbitrators and mediators, drawn from a variety of jurisdictions. The IAC seeks to empower regional commerce by increasing confidence in the administration and accessibility of dispute resolution throughout the Astana International Financial Centre, Kazakhstan, the Eurasia region, and globally.

Drew, who is admitted to practise in Russia, the UK (England and the Territory of the Virgin Islands) and the United States (California) is also available as a mediator. Members of the panel are approved by the Chairman of the IAC in accordance with Article 55(1)(b) of the AIFC Arbitration Regulations 2017.  Drew joins Michael Collins SC (Ireland) as the second member of Monckton Chambers on the IAC’s panel.