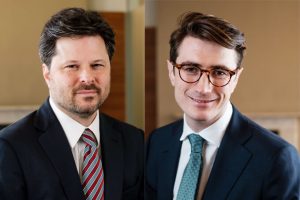 This article first appeared on Practical Law’s Arbitration Blog which can be found here.

On 18 July 2018 the State of California passed a new law which expressly enables foreign qualified lawyers to appear in international commercial arbitrations in the state. The new legislation, which takes effect from 1 January 2019, provides that members of a “recognized legal profession in a foreign jurisdiction” and who are “admitted or otherwise authorized to practice as attorneys or counselors at law or the equivalent” can provide legal services in an international commercial arbitration or related dispute resolution mechanism if certain conditions are satisfied. This is welcome news to the international arbitration community. Until now, following the decision of the California Supreme Court in Birbrower, Montalbano, Condon & Frank, PC v Superior Court, there had been strict restrictions on foreign lawyers (and in fact any non-Californian lawyers) in providing arbitration services in California.

Now, the Golden State, recently surpassing the United Kingdom as the fifth largest economy in the world, has opened its doors for business as an international arbitration centre. Senate Bill No. 766 brings California in line with most other major arbitral seats and provides an exciting opportunity for lawyers practising in commercial arbitration. The Working Group tasked with the drafting of the bill (which included members of JAMS, Gibson Dunn, and Arnold & Porter) has now set up a California International Arbitration Council with the aim of promoting the state as a hub for international commercial arbitration.

California’s arbitration market is at present relatively small compared with, say, London, Paris, Geneva, Hong Kong, or Singapore. The relaxation of the law and the obvious impetus within the state to put itself on the map as a dispute resolution centre gives room to grow and develop its own identity as a hub.

California’s economic ranking on the world stage is demonstrative of the diversity of its output but one would expect its tech, aerospace and creative industries in particular to offer the greatest opportunities for growth in California-based arbitration. The state’s major non-NAFTA trading partners are in east Asia (particularly the People’s Republic of China, Hong Kong, Japan and South Korea) and it is the leading US state for exports to Europe. With international arbitration within the state now open to foreign lawyers, there is much to be said for trading parties in those jurisdictions to start to look to California for effective dispute resolution.

While Senate Bill No. 766 imposes certain conditions on non-Californian lawyers conducting arbitration in the jurisdiction, they are not unduly restrictive and in fact demonstrate the breadth of disputes which Californian arbitration is apt to resolve. The Golden State may have just unveiled a golden opportunity for international arbitration.