Court of Justice confirms United Kingdom’s right to change its mind about Brexit. 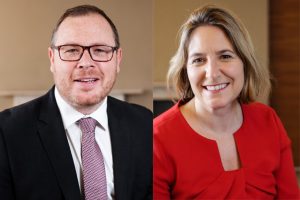 In a landmark judgment delivered today the Court of Justice of the European Union has made it clear that, as a matter of EU law, the UK is free to change its mind about Brexit and unilaterally revoke the notice given under Article 50 TEU, thereby remaining in the EU on its present terms of membership.

The judgment of the Full Court, delivered in an unprecedented accelerated timescale, declares that a Member State which has notified its intention to leave the EU may, prior to actually leaving: “revoke that notification unilaterally, in an unequivocal and unconditional manner”, provided that it “has taken the revocation decision in accordance with its constitutional requirements” and “the purpose of that revocation is to confirm the EU membership of the Member State concerned under terms that are unchanged as regards its status as a Member State, and that revocation brings the withdrawal procedure to an end.”

Reaffirming its case law that the EU Treaties, unlike ordinary international treaties, have established a new legal order, the subjects of which comprise not only those States but also their nationals, the Court interpreted Article 50 by reference to its wording, the objectives it pursues, and the context and provisions of EU law as a whole.

The Court also found, at [60]-[65], that a right of unilateral revocation was consistent with the fundamental aims and objectives of the Treaties, in particular:

The Court held that it would be inconsistent with those aims and values, and in particular with the Treaties’ purpose of creating an ever closer union among the peoples of Europe, to force the withdrawal of a Member State which, having notified its intention to withdraw in accordance with its constitutional requirements and following a democratic process, decides to revoke the notification of that intention through a further democratic process.

The claim was pursued by a group of Scottish politicians supported by the Good Law Project and by two Westminster MPs (Tom Brake MP (Lib Dem) and Chris Leslie MP (Lab)), who were represented by Gerry Facenna QC and Anneli Howard, acting together with Scottish counsel Morag Ross QC and Stephen Donnelly, instructed by Jennifer Jack of Harper Macleod and John Halford of Bindmans LLP.