Court of Appeal rules that Avastin may be used to treat eye disease, but only on conditions 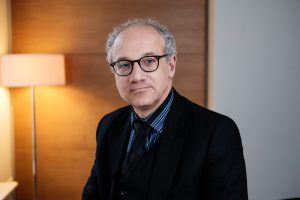 The Court of Appeal today handed down judgment in the appeal by Bayer and Novartis against a High Court decision that upheld a policy of various NHS Commissioning Groups (CCGs) of recommending that NHS prescribers use Avastin to treat a common and serious eye disease known as wet AMD. The marketing authorisation (MA) for Avastin, which is held by Roche, does not cover its use to treat wet AMD, though NICE has accepted that it is a cost-effective treatment. Bayer and Novartis supply drugs that do have an MA covering treatment of wet AMD, but those drugs are much more expensive than Avastin.

The High Court had held that the CCGs’ policy was lawful. The Court of Appeal agreed, but accepted submissions from the Secretary of State for Health and Social Care, who is responsible both for the NHS and for the MHRA (the UK body responsible for medicines licensing), that the High Court had been wrong to hold that Avastin, in a form repackaged for use to treat wet AMD, could be supplied without an individual prior prescription system being in place: the Court of Appeal expressly adopted the Secretary of State’s argument that the High Court’s conclusion could weaken the licensing system. However, the Court of Appeal also agreed with the Secretary of State that NHS Trusts could, subject to that condition, lawfully use Avastin to treat wet AMD, and dismissed the pharmaceutical companies’ appeal.

The judgment has been eagerly awaited by the NHS and by pharmaceutical companies. Avastin has been the subject of litigation across Europe, with several cases having reached the Court of Justice of the EU: and the Court of Appeal’s judgment is likely to be carefully read across the EU.

George Peretz QC acted for the Secretary of State.