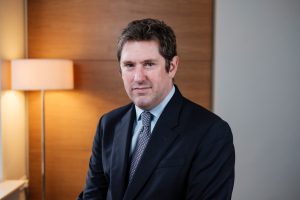 The Appellant, a Category A prisoner who is serving a life sentence for murder, brought a data protection claim against his former solicitors in the Oxford County Court. He asked the Governor of his prison, HMP Whitemoor, to allow him to attend the hearing of his claim in person. Among other things, he claimed that he suffered from various mental health difficulties that would prevent him from participating effectively in the hearing via video link.

The prison authorities refused his request, noting his security risk and the lack of the secure dock, and that he had used the video-link to participate in hearings on a number of previous occasions without apparent difficulty. The Appellant applied to judicially review the refusal, arguing that it violated his right to a fair trial under article 6 ECHR , that Prison Service Order 4625 unlawfully fettered the prison’s discretion by adopting a blanket ban against the production of Category A prisoners in court and, as a late amendment, that the refusal also involved an unlawful delegation of the Secretary of State’s power under Schedule 1 of the Crime (Sentences) Act 1997 (as held by the Supreme Court in R (Bourgass) v Secretary of State for Justice [2015] UKSC 54).

In June 2018, William Davis J refused the Appellant permission to rely on the Bourgass ground and dismissed his substantive application for judicial review. The Appellant appealed this decision. In its judgment this week, the Court of Appeal (the Lord Chief Justice, Holroyde LJ and Davies J) unanimously dismissed the Appellant’s article 6 challenge, his challenge to PSO 4625 and the Bourgass ground but allowed the appeal on the “limited basis” that the prison authorities had misdirected themselves as to the existence of a secure dock at Oxford County Court. Given the passage of time, the Court concluded that it was appropriate to quash the decision so that it could be taken in light of up-to-date circumstances.

Eric Metcalfe acted for the Respondents, the Governor of HMP Whitemoor and the Director of High Security Prisons.