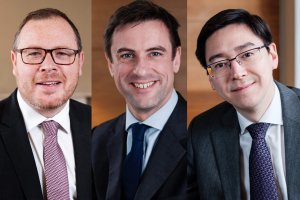 The Court of Appeal has today handed down judgment in the two appeals challenging the Government’s decision to adopt a National Planning Statement in favour of a third runway at Heathrow. Besides the well publicised success of the climate change challenge brought by Plan B Earth and Friends of the Earth, the Court also gave judgment in the separate competition law based judicial review brought by Heathrow Hub Ltd (“Hub”).

This judgment is significant not only for its analysis of the principles to be applied under articles 106(1) and 102 of the Treaty on the Functioning of the European Union (“TFEU”) regarding abuse of a dominant position, but also for its discussion of the principles governing the application of Article IX of the Bill of Rights, concerning the circumstances in which statements made in Parliament can be used in court challenges.

Hub had promoted an alternative scheme to that promoted by Heathrow Airport Ltd (“HAL”) and adopted by the Government. Their scheme was for an Extended Northern Runway (“ENR”), extending the current northern runway so that it could effectively operate as two separate runways, with aeroplanes landing on one and taking off from the other. Hub owned the intellectual property rights to this scheme.

Hub alleged that the Secretary of State had breached EU law by insisting (prior to the decision on which scheme to prefer) that HAL must provide a guarantee or assurance that it would implement the Claimants’ scheme if that scheme were selected by the Government as its preferred scheme for airport expansion, and making the provision of that guarantee or assurance an effective pre-condition to the selection of the ENR Scheme. The alleged pre-condition was said to be unlawful as a matter of EU law insofar as it breached articles 106(1) and 102 TFEU, as it facilitated an abuse or potential abuse of dominance by HAL. Hub also argued that the decision had been made in breach of their legitimate expectation that no such assurance would be taken into account, and that it should be quashed on the grounds that the reasons provided for the decision were inadequate.

The Court of Appeal (Lindblom LJ, Singh LJ and Haddon-Cave LJ) dismissed Hub’s appeal from the Divisional Court in its entirety. The Court found that Hub had enjoyed no legitimate expectation of the kind asserted. In respect of both the legitimate expectation claim and the competition law complaint, the Court found that the matters complained of had played no material part in the decision to prefer the north-west runway scheme over the Claimants’ scheme. In so doing, it rejected Hub’s case that statements made in Parliament by the then Secretary of State for Transport, Chris Grayling MP, showed that the most important reason for the rejection of the ENR scheme was the lack of a guarantee or assurance, dismissing Hub’s argument that to do so was in breach of Article IX of the Bill of Rights.

The Court of Appeal criticised the Divisional Court’s willingness to entertain the competition law complaint notwithstanding its immateriality. Nonetheless, it went on exceptionally to consider the complaint, and to overturn the Divisional Court’s conclusions insofar as they had been adverse to the Secretary of State and to HAL.