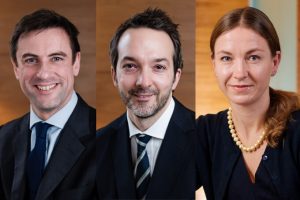 The Court of Appeal has today handed down judgment in Secretary of State for Health and others v Servier Laboratories [2019] EWCA Civ 1096. The Court dismissed Servier’s appeal against Roth J’s decision that findings of fact made by the General Court in its judgment in Servier v Commission Case T-691/14 handed down on 12 December 2018 would be binding in the preliminary issues trial in the High Court.

After an authoritative survey of the authorities on the effect of the res judicata principle in EU law, Rose LJ concluded that a purposive approach was to be applied to determine the scope of the principle. The principle prevents any person from seeking to challenge a decision which has been adopted in compliance with an earlier annulling judgment of an EU court invalidating an unlawful measure previously adopted by that institution. The result of an annulling judgment is that the institution is bound to decide the issue in the way that the annulling Court has concluded it should be decided. Hence any Court reviewing that new decision cannot entertain a challenge on that issue; the matter is res judicata erga omnes. However, the underlying facts were to be separated from the binding effect of the decision. There was no support in the European cases for the idea that factual findings made by the Court in an annulling judgment as part and parcel of its analysis of the impugned measure can be borrowed in domestic proceedings and treated there as being binding, in the way suggested by Servier.

The Claimants are therefore not precluded in the preliminary issues trial from adducing their own evidence and arguing that the High Court should make factual findings which are contrary to those reached by the General Court, as the question arises in a different context.

Robert Palmer QC acted for all the NHS claimants, with Julian Gregory for the Scottish and Northern Irish claimants and Laura John for the Welsh claimants.