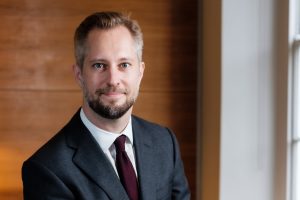 The Court of Appeal has today handed down its judgment in OT Computers (in liquidation) v Infineon and Micron [2021] EWCA Civ 501. The judgment is the first time an appellate court has considered the operation of s.32(1) of the Limitation Act 1980 (postponement of limitation period in case of fraud, concealment or mistake) in the context of an insolvent claimant. It confirms that a claimant’s insolvency is a relevant factor in the application of the test in s.32(1) and, in particular, may affect the question of what a claimant could with reasonable diligence have discovered.

OT Computers (‘OTC’) was a computer manufacturer before entering into administration in early 2002. Its claim for damages follows on from a decision of the European Commission finding a price-fixing cartel in computer memory (DRAM) which operated from 1998–2002. OTC ceased trading before the cartel’s activity had come to an end, and before any information about its existence had entered the public domain. The Commercial Court ([2020] EWHC 415 (Comm); Foxton J) had found that similar claims by other claimants, all filed six years after the European Commission’s decision, were time barred because those claimants could with reasonable diligence have discovered the facts necessary to bring their claims some time before the publication of the decision. This was largely due to information about a parallel investigation into cartel activity in the United States which the judge had found to be known to and of general interest to purchasers of DRAM such as the claimants. The judge however held that OTC was in a different position, as it had already ceased trading at the time this information became available. What mattered therefore in OTC’s case was (in essence) what a reasonably diligent insolvency practitioner could have discovered. On the facts of the case, the sporadic reports in national newspapers were not sufficient to set time running.

The Court of Appeal (Jackson, Coulson and Males LJJ) agreed with the judge’s approach. The Appellants had contended that the judge had erred because the guidance previously given by the Court of Appeal in Paragon Finance Plc v DB Thakerar & Co [1999] 1 All ER 400 that the test for reasonable diligence was ‘how a person carrying on a business of the relevant kind would act’ was binding on the judge and meant that OTC had to be treated, for the purposes of limitation, as if it had continued to carry on its business as a computer manufacturer. The Court rejected this contention as artificial and found that the guidance in Paragon simply did not apply in the context of a claimant that had ceased to carry on a business. It found that while the test in s.32(1) of the Limitation Act was an objective one, it was nonetheless focused on the actual claimant and directed at ensuring that the actual claimant was not disadvantaged by the concealment. The purposes of the objective test was to ensure that ‘claimants in a similar position should be treated consistently. However, a claimant in administration or liquidation which is no longer carrying on business is not in a similar position to claimants which do continue actively in business and it is unrealistic to suggest otherwise’ (at [59]).

In comments more generally applicable to statutory interpretation, the Court stressed that ‘it is a mistake to read a judgment as if it were a statutory text, especially on a point that was not in issue’ (there was no insolvent claimant in Paragon Finance) (at [55]). The focus had to be on the language and purpose of the statute itself: ‘To treat the terms of a judgment as laying down a rule of law applicable to circumstances which were never in contemplation runs counter to the whole approach of the common law, which develops flexibly as new factual situations arise. What was said in Paragon Finance has rightly been described as “authoritative guidance”, and no doubt will provide the answer in many cases, but it can be no more than guidance. To treat it as providing an answer to the present case would be to force a square peg into a round hole. What matters are the language and purpose of section 32’ (at [56]).