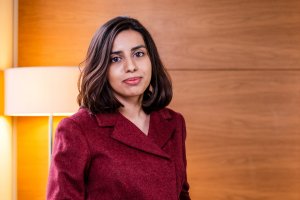 In a landmark ruling for children’s rights, the Court of Appeal has today declared the Adoption and Children (Coronavirus) (Amendment) Regulations 2020, which suspended a large number of significant safeguarding duties owed to children in care, to be unlawful because of a failure to consult with the Children’s Commissioner and other organisations representing the interests of children. The appeal was brought by Article 39, a charity representing the interests of children in institutions.

The Regulations were introduced in April 2020 and suspended a number of key procedural safeguards, in the form of legal obligations, owed by local authorities to children in their care. The Secretary of State for Education had introduced the Regulations after consultation with (predominantly) local authorities and other children’s social care providers. The Secretary of State had failed to consult with either the Children’s Commissioner, whose statutory function it is to promote and protect children’s rights, or other organisations representing the views and interests of children in care.

Although the High Court had ruled against the Appellant, it had made two significant factual findings. The first was that the amendments were not “some minor burdens” (as had been described by the Secretary of State), but changes which significantly undermined the safeguards for children in care. The second was that, contrary to the Secretary of State’s submissions, there had been sufficient time to consult representatives of children in care.
The Court of Appeal held that such a ‘one-sided’ consultation was a breach of the Secretary of State’s statutory and common law consultation duties. Besides significantly strengthening the voices of children in care and those of their representatives, this important judgment is the first successful challenge to legislation made in response to the Covid-19 pandemic, and is one of the few consultation challenges to succeed on the common law ground of ‘conspicuous unfairness’.

Khatija Hafesji represented Article 39. The Judgment can be found here. A detailed case note by David Gregory is here

Press coverage of the judgment can be found on the BBC and Guardian.