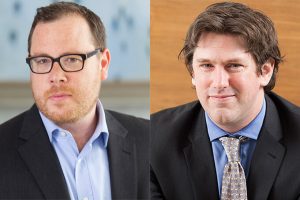 In what is described as the first time any court in the world has considered the use of Automatic Facial Recognition (AFR), the Divisional Court in Cardiff has today dismissed an application for judicial review brought by a civil liberties campaigner against South Wales Police’s use of AFR.

In 2017, South Wales Police began a trial of AFR, deploying cameras at a range of public events including shopping centres, football matches and an arms fair exhibition. The trial involved capturing the facial biometric data of thousands of members of the public and using AFR software to match the captured data against police watchlists in order to identify persons of interest.

The Claimant, supported by the human rights group Liberty, was granted permission to judicially review the use of AFR on the basis that it was a breach of his rights under the Data Protection Act 1998 and article 8 of the European Convention on Human Rights. The Claimant also argued that the use of AFR was contrary to the police’s Public Sector Equality Duty under the Equality Act 2010.

The Divisional Court held that, although the police’s use of AFR engaged the right to privacy under article 8 and amounted to the processing of sensitive personal data, its use was nonetheless lawful on the basis that the interference struck a fair balance and was not disproportionate.

The judgment has attracted widespread media coverage, including the Financial Times, the Guardian, the BBC and the New York Times.

Gerry Facenna QC and Eric Metcalfe acted for the Information Commissioner who was granted permission to intervene in the proceedings.