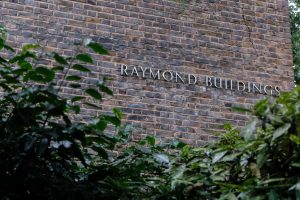 The Competition Appeal Tribunal has ordered a stay in the pending application for a Collective Proceedings Order in the “Boundary Fares” claims brought by Mr Justin Gutmann as the proposed representative of class of rail passengers against the operators of the South Eastern and Southwestern rail franchises.

In a ruling on 23 September 2019 the CAT concluded that this was sensible and practicable in light of the pending appeal to the Supreme Court in Merricks v Mastercard, which will consider various points, including the appropriate test for certification and whether or not it ought to be equivalent to that applicable in a strike-out application, as the Court of Appeal has held in Merricks.

The CAT did however agree with the parties that the issues in Gutmann concerning only the funding arrangements supporting the proposed class representative should continue to a one-day hearing on 7 November 2019. The Tribunal was satisfied that these issues were sufficiently distinct and would not be affected by the pending appeal in Merricks. This mirrors the approach taken by the Tribunal in the Trucks collective proceedings.

Members of Monckton Chambers are also involved in both the Trucks and Merricks cases.