Ben Lask and Harry Gillow win in the Court of Appeal: Secretary of State for the Home Department v Denis Viscu [2019] EWCA Civ 1052 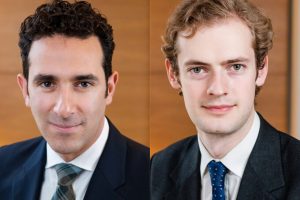 In a judgment handed down today, the Court of Appeal has decided that the term “imprisonment” in the Immigration (EEA) Regulations 2016 includes custodial sentences passed on minors and young offenders. The result is that, in principle, such sentences break the continuity of residence that is required in order for a person to enjoy the highest level of protection from deportation under EU law. This is the first time the higher courts have considered the effects of a custodial sentence given to a young offender on protection from deportation under EU law.

The Respondent was a Romanian citizen who had been convicted of a number of offences while still a minor, and had received a sentence of detention on three occasions as a result. The Secretary of State made an expulsion decision against him, holding that he was not entitled to “enhanced protection” from expulsion because, although he had resided in the UK for over 10 years, his custodial sentences had interrupted his continuity of residence. On appeal, the First-Tier and Upper Tribunals held that, as the respondent had been under the age of 21 at the time of his convictions, he could not be given a sentence of “imprisonment” under domestic law. Accordingly, for the purposes of regulations 3 and 26 of the 2016 Regulations, his residence was uninterrupted, and he could only be deported on “imperative” grounds of public security.

The Court of Appeal allowed the Secretary of State’s appeal, holding that, properly construed in line with the case law of the EU Court of Justice, the term “imprisonment” in the 2016 Regulations included a custodial sentence given to a young offender. Accepting the submissions advanced by Ben Lask and Harry Gillow for the Secretary of State, the Court observed that:

“Although the jurisprudence refers most frequently to “imprisonment” rather than “custodial sentence” I am quite satisfied that the rationale for the principle that, in general, a custodial sentence is indicative of a rejection of societal values and a severing of integrative links so as to interrupt the required continuity of residence, is equally applicable to sentences of detention in a YOI as it is to imprisonment. This is because, on a proper analysis, it is not the sentence which indicates rejection of societal values but the offending which is sufficiently serious to warrant a custodial sentence whether of imprisonment or some other form of detention.”

Ben Lask and Harry Gillow acted for the Secretary of State. The judgment can be read here.