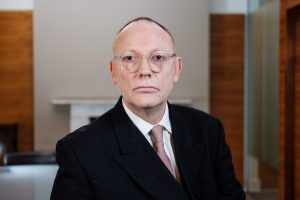 Monckton’s Ben Emmerson QC has been awarded a CBE in the Queen’s Birthday Honours list for services to international human rights and humanitarian law.

Ben Emmerson is an international lawyer who has acted in a long list of international human rights cases, including representing the widow of Alexander Litvinenko; representing Ukraine in a series of cases against Russia arising out of the invasion and annexation of Crimea in 2014 and the shooting down of Malaysian Airlines MH17a, and representing Georgia following the Russian invasion of South Ossetia in 2008.

He previously served as UN Special Rapporteur on Human Rights and Counter-Terrorism, and a Judge on the UN international criminal tribunals, in the equivalent UN rank of the Assistant Secretary-General.
We congratulate Ben on this great recognition.

“I was both chuffed and at the same time humbled when I heard the news. I am sensitive to the debate surrounding the continued use of the word “empire” in the name of the award, but from a purely personal point of view, it’s a great way to mark the end of what has been an amazing and rewarding 35 year career at the Bar, and a great way to start the next chapter of my life. I am leaving the Bar at the end of this month to move on to a new challenge, and this is a high note for me to go out on.”

A link to the full press release is here.