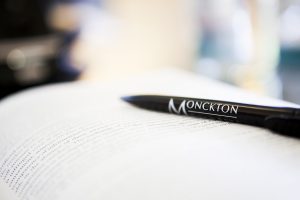 In a judgment handed down today, the CAT upheld the CMA’s August 2017 decision finding that the internet sales ban operated by Ping Europe Limited infringed the prohibition in Chapter I of the Competition Act 1998 and Article 101 of the Treaty on the Functioning of the European Union. The judgment represents the first time the CAT has ruled on a CMA decision concerning a “vertical arrangement” (i.e. an arrangement between undertakings operating at different levels of the distribution chain).

Ping is a UK based manufacturer of golf clubs. For some years, it has prohibited its authorised retailers from selling its clubs online, the aim being to promote face-to-face custom fitting for its clubs. Following a complaint by one of Ping’s retailers, the CMA investigated Ping’s ban and found that, whilst the aim was a legitimate one, the ban was, by its very nature, liable to harm competition between Ping’s retailers (by, for example, preventing them from competing for sales outside their local catchment areas). As such, it constituted a restriction of competition by object. The CMA directed Ping to bring the infringement to an end and imposed a fine of £1.45 million.

In today’s judgment, the CAT dismisses Ping’s appeal on liability, but reduces the fine to £1.25 million. The judgment finds that the CMA was right to conclude that Ping’s ban was an object restriction, and that it failed to qualify for exemption under Article 101(3) of the Treaty. In doing so, it sets out the legal principles to be applied when assessing internet sales restrictions, following the Court of Justice’s decisions in C-439/09 Pierre Fabre, C-67/13 Cartes Bancaires and C-230/16 Coty.

Ben Lask, who is Standing Counsel to the CMA, acted for the CMA. The CAT’s judgment can be read here.

Anneli Howard and James Bourke acted for the complainant.