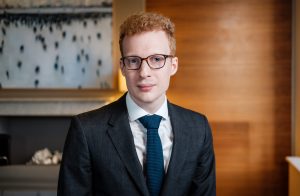 David Gregory looks at the Court of Appeal’s powerful judgment on consultation, which is likely to be of interest to readers of our Education Blog, in R (Article 39) v Secretary of State for Education [2020] EWCA Civ 1577.

As the pandemic took hold in the early part of 2020, the Department for Education had fears for implications of widespread sickness on the ability of local authorities to provide care to vulnerable children.It reviewed the applicable regulations and ultimately proposed a wide-ranging number of changes including:

The DfE carried out a short informal consultation of the changes by email with a variety of local authority stakeholders, including the Association of Directors or Children’s Services and Ofsted (who carry out inspections of children’s homes). However, it did not consult the Children’s Commissioner, instead informing her via email that it would be “relaxing some minor burdens in order that local authorities can continue to deliver children’s services without being unnecessarily hindered by process in these extraordinary circumstances.”

The regulations came into force on 24 April 2020. On 30 April the Children’s Commissioner issued a statement complaining of the minimal consultation undertaken and stating that the changes were unnecessary: “Children in care are already vulnerable, and this crisis is placing additional strain on them – as most are not in school, less able to have direct contact with family and other trusted professionals, and facing the challenges of lockdown and anxiety about illness – all on top of the trauma they have already experienced.”

Article 39, a charity whose objects include promoting the protection of children living in institutional settings in England challenged the regulations. At first instance, it alleged that the consultation had been carried out in a one-sided manner and that powers had not been used for their proper purpose of promoting the welfare of vulnerable children.

Article 39’s appeal focused on the alleged failure to consult, in particular, the Children’s Commissioner.

The Court outlined the four cases in which a duty to consult may arise in accordance with R (Plantagenet Alliance Ltd) v Secretary of State for Justice and others [2014] EWHC 1662: (i) where there is a statutory duty; (ii) where a promise to consult has been made; (iii) where there is an established practice of consultation and (iv) where it would be conspicuously unfair not to.

The Court recalls the three main purposes of consultation: (i) to improve the quality of decision making, (ii) those affected may have a right to be consulted by it and feel injustice if they do not and (iii) consultation is part of a wider democratic process [37].

The court also reminded itself that the role of the Children’s Commission is set out in statute. Established in 2004, the role was reviewed as part of the 2010 Dunford report. Part 6 of the Children and Families Act 2014 expanded the role to including:

Looking at the facts, the Court was highly concerned that the changes had been described as minor in the email to the Children’s Commissioner. This suggested that the DE had not appreciated their full impact: “the potential impact of allowing a child to be placed with a stranger who is not a family member hardly needs stating, particularly in circumstances where there may be no nominated officer oversight.” The changes represented a significant change in the substantive vision of services to children. [80]

The duty to consult arose in three ways:

The Court declared that the Secretary of State had acted unlawfully by failing to consult the Children’s Commissioner and other bodies representing the rights of children in care before introducing the Amendment Regulations [90].

This is a landmark decision in the importance of children’s rights and the importance of the Children’s Commissioner and other bodies in the sector in upholding them. The judgment is likely to be of strategic importance as the government takes steps to carry out its manifesto-promise of a “Care Review”.

The Court of Appeal plainly considered that if any consultation is to be carried out, it should not be done in a one-sided manner. However well-intentioned, local authorities and other care providers have a mixed interest in relaxing of safeguards for children since the obligations fall on them and impact their resources. The vulnerable children themselves are some of society’s most marginalized and require robust and powerful representation in order to be given a voice.

The Court recognises this and provides a ringing endorsement of the function and role of the Children’s Commissioner. It did not matter that the Dunford report had considered and rejected a proposal to include an express statutory duty of consultation. In circumstances where there are substantial effects on the rights of children and any consultation is to be carried out, it will be irrational to exclude the Children’s Commissioner.

Moreover, the judgment is not limited to the failure to consult the Children’s Commissioner (whose role is bolstered by statute). It was irrational also not to consult “other bodies representing children’s rights.” These are not defined by the Court but abut paragraph 7 notes that there was no consultation of “advocacy groups or lawyers’ organisations or any agency or charity involved with children’s rights”. Whilst Article 39’s submissions appear to have focused on the Children’s Commissioner, it has scored a broader victory meaning that charities such as a itself and also lawyers groups (e.g. the Family Law Bar Association and the Association of Lawyers for Children) should be more readily included during the formative stages of decision making in this area.

The judgment also provides a warning to policy makers against downplaying changes to be made. The DfE had referred in its email to the Children’s Commissioner to the changes as “relaxing some minor burdens”. By contrast, the Court found the amendments “represented a significant change in the substantive provision of services to children” [80]. This misdescription gave the Court the impression that the import of the changes had not been clearly appreciated and made it more ready to find unlawfulness in the scope of the consultation to be carried out.