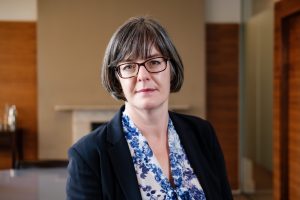 On 24 April 2018, the Court of Appeal handed down judgment in the case of Ryanair v Home Secretary [2018] EWCA Civ 899. The appeal concerned the application of Directive 2004/38/EC, on the right of citizens of the Union and their family members to move and reside freely within the territory of the member states, and the UK carriers liability regime under which airlines may be fined for transporting passengers without the correct documentation into the UK.

In the present case, the passenger had flown from Germany to London on a Ryanair flight with his son, an Austrian citizen. The passenger, a citizen of Bosnia and Herzegovina, had produced a card issued by the Austrian authorities bearing words which could be translated as: “family member — permanent residency”. When the father arrived (with his son) he was stopped by UK Border Force and refused leave to enter the UK. He explained that he lived in Austria and had been told by a German official that he did not need a visa. The UK Border Force ordered Ryanair to take him back to Germany. The Home Office subsequently confirmed that Ryanair was liable to pay £2,000 under section 40 of the Immigration and Asylum Act 1999, on the basis that one of the passengers had arrived in the UK without appropriate documentation.

On appeal, the Court of Appeal held that, in order to take advantage of the visa exemption for family members of EU citizens contained in Art 5.2 of the Directive, a passenger had to have a valid residence card issued under Art 10 of the Directive. A valid residence card for the purposes of Art 10 had to bear the words “Residence card of a family member of a Union citizen”. A card purportedly issued without the requisite words might potentially provide powerful evidence of the holder’s right of free movement and so, perhaps, enable him to prove his entitlement “by other means” under Art 5.4. However, a card that did not carry the specified wording would not of itself satisfy Art 5.2. Further, possession of a card issued under Art 20 of the Directive might potentially afford strong evidence of a right of free movement. Where a passenger failed to produce such a document and failed to establish a right of free movement in some other way, the home secretary was entitled to impose a charge on the carrier in respect of a passenger without proper documentation.

In the present case, however, there was no evidence that the card held by the passenger had been applied for or issued under Art 20. It appeared to have been issued pursuant to Austrian domestic law rather than Art 20. Since the passenger had neither produced the documents required by Art 5.2 nor proved by other means that he was covered by the right of free movement, the home secretary had been entitled to impose the £2,000 charge on Ryanair.