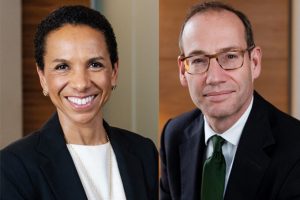 A Complex dispute concerning the Aggregates Levy has now been concluded after over 14 years of litigation in the European and domestic courts. Three separate but linked appeals to the General Court have been withdrawn after hearings in Luxemburg  but before Judgments were handed down.

The Levy included a series of complex exemptions and reliefs for certain types and uses of aggregate in the UK.  Due to particular circumstances affecting Northern Ireland, a specific relief was adopted in order to give the industry in Northern Ireland sufficient time to adapt to the Levy.  The European Commission decided that, with certain exceptions, these exemptions and reliefs from the Levy did not constitute state aid. Its decisions to that effect were challenged by the British Aggregates Association and, in relation to Northern Ireland, certain quarries located in the Republic of Ireland on the basis that the exemptions and reliefs did comprise state aid, which was said to have distorted competition in a way that was not compatible with the single market.

It is the appeals against those decisions in cases T-101/14, T-610/15 and T-741/15 that have now been withdrawn.  These appeals were the second round of challenges conducted in the European Courts against the Commission’s approval of certain other aspects of the Levy. In general terms it was said that the exemptions from the levy amounted to incompatible state aid.

The Government has now made a written statement in Parliament indicating that it will be reviewing the operation and effectiveness of the levy over the next year.  The Written Statement can be found here.

Melanie Hall QC and Ben Rayment represented the United Kingdom on each of the appeals.